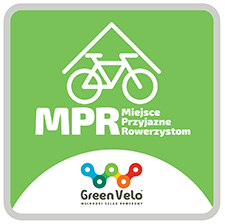 Nowa Pasłęka and Stara Pasłęka are two villages on both sides of the river, connected by a bridge together. Visitors should see the small historic church of Our Lady of Mercy, built in 1924-26.
In the area there are several wild beaches of the Vistula Lagoon covered by reeds. Expand lowland, surrounding wetlands have created these two villages very favorable conditions for the unique vegetation, birds and wildlife. These areas are crossed by concrete roads are interesting and good place for nature watchers, ornithologists, photographers, painters, runners, cyclists and Nordic walking enthusiasts.

Through Nowa Pasłęka runs the longest in Poland, having almost two thousand kilometers bicycle route Green Velo, for which dedicated a separate tab on our website see more >>.
At a distance of 5 km north is the border with Russia, specifically with the Kaliningrad Oblast.
A 15-minute car ride to the border crossing Gronowo – Mamonowo.
Guests planning an extended stay in our surroundings, we recommend to purchase the Russian tourist visa and explore distant 70 km, the beautiful city of Kaliningrad, which is the former Königsberg.

Frombork 9 – 17 km
(Track excursion on the Vistula Lagoon and the River Baude 9 km,
county road through Braniewo -17 km).
Frombork is a small but beautiful and cozy town and one of the biggest attractions of the region.
This is where Nicolaus Copernicus lived and created his great work “On the Revolutions of the Celestial Spheres”, here also they buried the remains of the great astronomer.

In Frombork, on the Vistula Lagoon, is a city beach with swimming area.
In the summer you can take a boat on the Vistula Spit and visit the Baltic Sea beaches. The destination port is Krynica Morska.